Discover how two world wars transformed the capital forever. We'll learn about the impact on ordinary Londoners caught in the crossfire as well as the live and times of wartime Prime Minister Sir Winston Churchill.

Join me on visits to the Cabinet War Rooms and Winston Churchill Museum, National Army Museum, RAF Museum and the Guards Museum. As we reflect on the the 80th anniversary of the start of WW2.

The London of Winston Churchill makes for a fascinating and surprising journey. He was a politician with a turbulant career who became a brilliant wartime leader. Churchill was a workaholic and - move over Lady Gaga - an unlikely style icon.

I lead a special WW2 Blitz tour. The Blitz shaped the London we know today. This is personal for me because it's the story of my own family. My father was a WW2 army officer. My mother, aunt and grandparents lived through the nightly bombing of London. See some of the last bomb sites in the capital - testament to a conflict that is now slipping out of living memory. And handle some unlikey artefacts from the blitz era!

My tours also focus on the American contribution to our history - especially the sacrifice of the 28,000 US service personal who died while based in the British isles. They are commemorated in the American Chapel in St Paul's Cathedral. 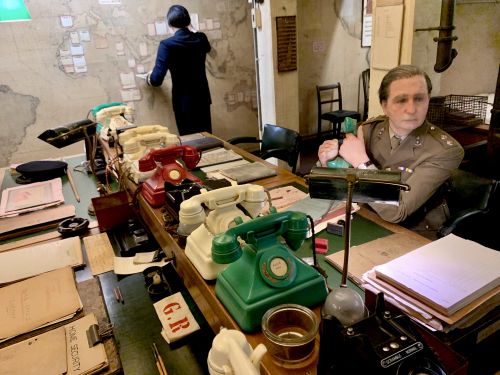